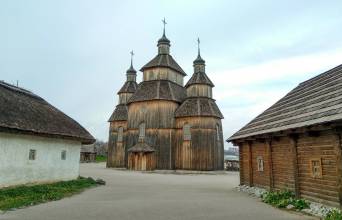 In different periods the area came under the sovereignty of the Polish-Lithuanian Commonwealth, the Ottoman Empire, the Tsardom of Russia, and the Russian Empire. In 1775, shortly after Russia annexed the territories ceded to it by the Ottoman Empire under the Treaty of Küçük Kaynarca (1774), Catherine the Great disbanded the Sich.

She incorporated its territory into the Russian province of Novorossiya. The term "Zaporozhian Sich" can also refer metonymically and informally to the whole military-administrative organisation of the Zaporozhian Cossack Host.