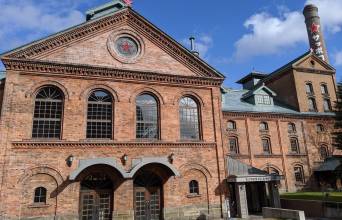 The red-brick building was erected originally as a factory of the Sapporo Sugar Company in 1890, and later opened as a museum in July 1987. The building also houses the Sapporo Beer Garden in the south wing.