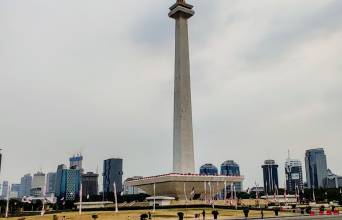 National monument Altare della Patria, Rome A national monument is a monument constructed in order to commemorate something of importance to national heritage, such as a country's founding, independence, war, or the life and death of a historical figure. The term may also refer to a specific monument status, such as a national heritage site, by reason of their cultural importance rather than age (see National Monument (United States)).