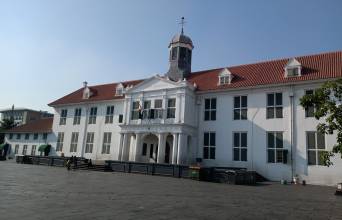 Jakarta History Museum opened in 1974 and displays objects from the prehistory period of the city region, the founding of Jayakarta in 1527, and the Dutch colonization period from the 16th century until Indonesia’s Independence in 1945. The museum is located in south side of Fatahillah Square (former Batavia city square) near Wayang Museum and Fine Art and Ceramic Museum.

The building is believed to be modeled after Dam Palace.