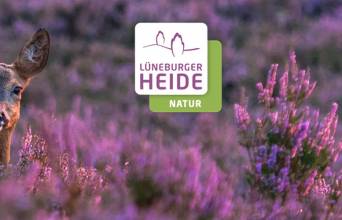 It forms part of the hinterland for the cities of Hamburg, Hanover and Bremen and is named after the town of Lüneburg. Most of the area is a nature reserve. Northern Low Saxon is still widely spoken in the region. Lüneburg Heath has extensive areas of heathland, typical of those that covered most of the North German countryside until about 1800, but which have almost completely disappeared in other areas.

The heaths were formed after the Neolithic period by overgrazing of the once widespread forests on the poor sandy soils of the geest, as this slightly hilly and sandy terrain in northern Europe is called. Lüneburg Heath is therefore a historic cultural landscape.

The remaining areas of heath are kept clear mainly through grazing, especially by a North German breed of moorland sheep called the Heidschnucke. Due to its unique landscape, Lüneburg Heath is a popular tourist destination in North Germany.