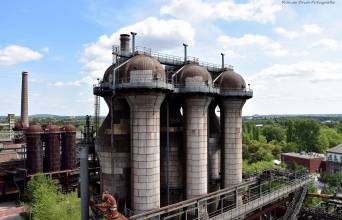 The park closely associates itself with the past use of the site: a coal and steel production plant (abandoned in 1985, leaving the area significantly polluted) and the agricultural land it had been prior to the mid 19th century.