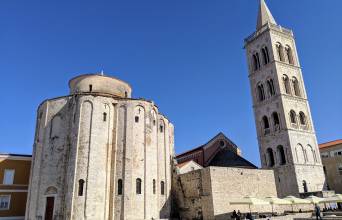 The church is the largest Pre-Romanesque building in Croatia. It is also an example of the centralised type of the Carolingian period in Europe.