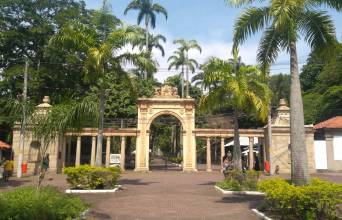 The zoo is housed in a 55,000-square-meter park at the back of Quinta da Boa Vista. Its collection currently has over 1,300 animals. There are 350 species, many of them rare and endangered, such as the Lear's macaw, harpy eagle, broad-snouted caiman, maned wolf, golden-headed lion tamarin, anteater and the king vulture.

In addition to native species of the Amazon Region, the Pantanal and the Brazilian Cerrado, there are also other animals from other countries, such as the rhinoceros and the American brown bear.