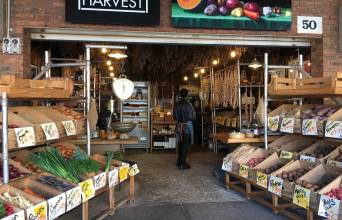 It is a Victorian style of building with wood and red brick. The market is known for its dim sims, which were originally made by chef Ken Cheng.In its lifetime the market has undergone various refurbishments, including after numerous fires. The worst of these was in 1981 when two of the original sheds were destroyed and, later in the year, stalls were damaged by bombs.