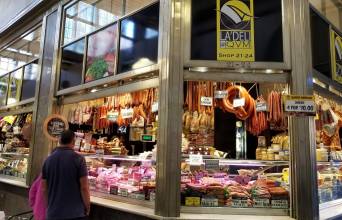 The Queen Victoria Market is the largest and most intact surviving 19th century market in the city. The Melbourne central business district once hosted three major markets, but two of them, the Eastern Market and Western Market, both opened before the Queen Victoria, and were both closed and demolished in the 1960s.

Other historic markets survive in Melbourne, such as the inner suburban Prahran Market and South Melbourne Market, though only Prahran has any early buildings. The Queen Victoria Market is historically, architecturally and socially significant and has been listed on the Victorian Heritage Register.

It has become an increasingly important tourist attraction in the city of Melbourne.