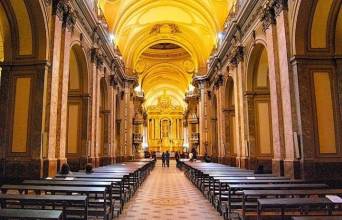 It is the mother church of the Archdiocese of Buenos Aires and the primatial church of Argentina. The Cathedral of Buenos Aires was rebuilt several times since its humble origins in the 16th century. The present building is a mix of architectural styles, with an 18th-century nave and dome and a severe, 19th-century Neoclassical façade without towers.

The interior keeps precious 18th-century statues and altarpieces, as well as abundant Neo-Renaissance and Neo-Baroque decoration.